How To Keep Your Teacup Yorkie Safe Around Other Dogs

If you’ve recently given a teacup Yorkie a home, then you’ll likely want to do everything in your power to protect them.

How To Keep Your Teacup Yorkie Safe Around Other Dogs

Part of these responsibilities may include keeping them safe around other dogs. Of course, teacup Yorkies can be very small indeed, so there could be some extra considerations to take stock of in regard to their size and stature.

So how can you keep them safe?

The following suggestions should give you ideas on what to expect in your duties here.

When keeping your teacup Yorkie safe around other dogs, it might be helpful to first consider not only the behavior of other people’s dogs but that of your own too.

This is because some people believe that smaller dogs may actually be more aggressive, citing a need to compensate due to ‘small dog syndrome’. Some may also feel more naturally defensive due to their vulnerability in being smaller.

Moreover, dogs’ behavior can change for the worse during adolescence, which may begin at eight months old and last until they’re two. The reasons for naughtiness may vary, and they may be less inclined to listen to commands.

When you can anticipate these behaviors, preventative measures may come a bit easier. You can avoid larger dogs on walks, or simply scoop your teacup Yorkie up if they are biting off more than they can chew.

So long as you get ahead of any of your own dog’s behavior, you should be able to keep them safe.

It might be harder to anticipate another dog’s intentions, but if you know what to look out for the process can be made easier.

Angry dogs may exhibit obvious aggressive stances. They might expose their teeth in a growl or snarl, for example, or perhaps look as if ready to pounce. Aggressive dogs may also prowl nearer as if stalking prey.

However, there are more subtle indicators of pending aggression, such as standing with a stiffened body posture with their weight forward, ears up, and their pupils being dark and enlarged. Their tail may also be raised and stiff.

If you spot any of these signs in either your dog or one that is oncoming, it is likely a good idea to simply remove your teacup Yorkie from its path. Once they have passed by, it then may be safe to continue your walk.

If you already have another dog by the time you introduce your teacup Yorkie to your home, it might be a good idea to invest in multi-pet insurance policies.

After all, many dog owners have concerns when introducing a new puppy into their home, and worries may increase if the first dog is of a different size and stature. Some dogs are known to exhibit traits of jealousy, which may lead to an increased likelihood of hostile behavior.

Even innocent play may lead to a couple of knocks and scrapes. Therefore, insurance might help in providing certain safeguards.

If you’re struggling to determine which pet insurance you need, browsing services from Everypaw could make the question of which pet insurance to choose easier to understand. They offer Lifetime Pet Insurance with 6 levels of cover to choose from, and all their policies come with unlimited 24/7 access to vets and vet nurses.

Safety equipment should go a long way in keeping your teacup Yorkie safe.

After all, there’re many apparatuses out there that can help you keep your dog safe from other pooches. These may include:

It might be that you need to regularly intervene in matters to keep your teacup Yorkie safe.

After all, while dogs can be remarkably intelligent animals, it may not be reasonable to expect them to rationalize things like the drawbacks of pulling too hard or how to make their presence known when they are smaller in stature. Being a dog owner, everyone wants the best for their beloved pet. Therefore, it is important to know everything that is causing discomfort to your dog.  One of those things 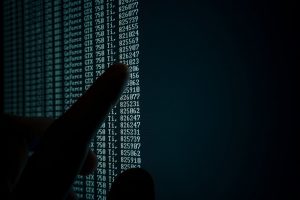 Everything You Need to Know About Data Caps!

We’re living in the era of streaming sites. Almost every house uses at least ten connected devices for streaming and downloading movies and shows at the same time. Online gaming Opinion Writing About Dogs: What, Why, How?

The best way to describe an opinion essay is it is a piece of work that requires one to state their opinion on a given topic. To make the piece What Should You Know Before Cleaning Your Dog’s Ears?

Keeping your dog’s ears clean is one of the necessary parts of their overall well-being. However, cleaning those ears can be challenging if you do not know the proper methods. Is Raw Dog Food Healthy for Your Furry Friend? Find Out Here

These days, raw diets are all the rage, especially with celebrities who claim that their dogs live long lives by eating only raw meat. But there are so many mixed Yorkies may be small in size, but the breed comes with its fair share of health issues. While some of the health problems Yorkies face are genetic and therefore impossible