Are Australian Shepherds Good With Kids? A Definitive Guide

When I was a wee lad, I came across a stray puppy in a public park.

Being scared, but also curious by nature, I decided to pet the little thing. After petting him for some time, my dad called me up.

We had to go home.

To my surprise, the puppy followed us to the car. I wanted to take him home, but my dad wouldn’t allow it.

The memory of him following me, however, remained.

Fast forward to adulthood, and I am now a proud owner of an Australian Shepherd. They’re energetic, easy-going, natural people-pleasers, and loyal by their very nature.

But are Australian Shepherds good with kids?

That’s a looming question within the Australian Shepherd community. Individuals looking to get the breed are often confused on this matter.

Being an owner myself, I get this question a lot. If you’ve asked this question, then this post is your definitive answer to that. Okay, so first and foremost, let’s get down to some Frequently Asked Questions (FAQs) related to the breed.

Q: What’s the average height and weight of an Australian Shepherd?

A: Refer to the following table:

Q: What are some distinctive physical features of Australian Shepherds?

A: Here is a shortlist:

They’re natural herders, which means they know how to be protective. This behavior should give you the answer to the question, “Are Australian shepherds good with kids”?

Q: What’s the average life expectancy of an Australian shepherd?

A: The Australian shepherd’s life expectancy ranges from 12-to 13 years.

Q: What are some common things to expect when owning an Australian Shepherd?

A: When owning the breed, be prepared for:

Q: Can you describe the coat of an Australian Shepherd?

Word of warning: Don’t just brush them on grooming days. Take the time out of the week to brush their coat regularly. It’s a best practice in general which keeps your dog free from parasites.

Q: What colors do Australian Shepherds come in?

A: The total number of Australian Shepherd colors is five.

But these were just the basic colors. There is so much variety when it comes to the Australian Shepherd. Here is a list of colors according to the American Kennel Club:

As you can see, there is such a wide selection to choose from.

They’re active, energetic, and easy-going. Australian Shepherds are good with kids but can get the best of them with their energy. They’re easy to train, and flexible; which means you can align them to yourself. You won’t even have to work too hard since they’re natural “owner pleasers”.

Let’s talk about aggression. First off, how a dog behaves is accredited to how it’s raised. Taking care of your dog matters a lot in this discussion.

Being herder dogs, Australian Shepherds are protective of their owners and territory. However, this doesn’t equate to over-aggression. The most they’ll do is make you aware of a stranger’s presence. The origins of Shepherd are simple. Like many other canine breeds, these dogs are excellent sheepherders. But what about the Australian part?

There is no clear route to find out the origins of the Australian Shepherd. However, there are some interesting speculations about their origins.

They Came From Spain:

There are two parts to this theory. The first one is based on the name of the Australian Shepherd before it came to the United States. Mexican Shepherd, Spanish Shepherd, and the California Shepherd were some of the names given to the breed.

The second part of the theory discussed how it originally came from Spain. The Spanish herders who brought it to North America during migration brought it via Australia. This explains how the breed eventually became an Aussie, mate!

They Originated On The American West Coast

This theory disregards any migration. It states that the Australian Shepherd breed originated in the west coast of America. Breeders realized the herding potential of these dogs and started breeding them to be sent to farms and ranches.

But what about the word “Australian”?

Well, the shepherd may have been the breed of the dog, but the Australian was the imported Australian sheep these dogs herded. So yes, Australian Shepherds.

Do you want my opinion? It’s a pretty dependable breed, regardless of where it came from. Period. To reiterate, this dog is a loving dog whose glee and energy can rub off on you. In any normal case, they’re pretty happy, easy-going, and flexible. Only in certain cases (i.e. stranger danger) do they exhibit some form of aggression.

What about kids? Are Australian Shepherds good with kids?

They are loving and caring to the core, but there are certain things you need to consider:

Supervision. That’s the keyword here. You need to look out for signs that show when the dog’s herding instinct is kicking in, and then act accordingly.

Don’t like my word for it? This Subreddit discourse of Australian Shepherd owners is enough to give you an idea of what to expect. It’s truly a goldmine of information.

Here are some highlights:

“The biggest thing to consider with Aussies is that they need mental stimulation, not just a walk or run. They need to work their little brains. Because of this, they do best in a home that is interested in dog sports (agility, obedience, etc) or at least some kind of more advanced ongoing training. Even trick training is great.”

“Energy-wise, the first year was rough. 4-6 months was a handful and a half. She is almost 3 now and pretty easy now, but we have spent a LOT of time working on her “off switch”.”

“Such a quick learner. She had 2 pee accidents total when we got her at 9 weeks, but never an issue since. She somehow learned “leave it” unintentionally. She is very redirectable and motivated. Her recall is better than our labs at this point. She loves household tasks and is eager to help. You can tell she wants to please.”

“My pup had pretty high energy throughout his first year and at about 1 year old he calmed down a lot. Now he’s able to sleep in with me and patiently wait for me to wake up, he sleeps for most of the day, and if he’s getting playful I can just spend ~15min playing with him or doing some sort of mental exercise and he’ll go back to sleep for a while.”

Training Your Australian Shepherd To Be Good With Kids

Still not convinced? These five training tips might give you the answer to the question, “Are Australian Shepherds good with kids?”

If you’ve been following me till now, you’d know how amped up these dogs can get. They’re pretty good workout buddies since their energy seems never-ending.

For adults, and fitness freaks, this might be good, but for children, not so much. In their tryst of hyperactivity, they might end up hurting children.

If not that, then this energy can scare some children away. All of this is no fault of the dog since that’s how nature built them out to be.

The solution to this hyperactive nature is simple. Their exercise time is less than 40 minutes. Go for the full 40 minutes of exercise so your dog can get most of its energy out of its system. Introduce them to your children afterward. The dog will already be spent and will engage with kids in a calmer fashion.

The more exposure to children the better. The Australian Shepherd is pretty flexible and can adjust easily to your preferences. The quicker you introduce children of various ages into the dog’s life, the better it adjusts.

Let the dog play with children as often as possible. During that time though, you need to look out for signs of the herding mentality kicking in.

Supervision is essential, both during and after socialization training. If left to its own devices, the herding mentality might just make your Australian shepherd overreact.

Get Your Kids Up To Speed

There is a power dynamic to owning a dog. The dog needs to know who the owners are. For adults, establishing that dynamic is easy, but kids need to learn that as well.

You kids must understand the kind of dog breed you’ve brought into the house. Take some time to give them the run-down of what to expect.

This leaves little room for surprises. If the dog starts to act upon natural impulses, your children will know how to assert dominance by saying “NO”.

If the kids get scared of him and start running away, then it just ruins the power dynamic and can lead to the dog reinforcing its herding mindset next time.

Australian Shepherds are pretty smart and know when the owner is displeased with their attitude. They’ll quickly understand who the boss is.

The “Leave It” Command Training

Similar to the previous tip, training your dog to “leave it” also establishes your dominance. Australian shepherds are quick learners. They’ll quickly learn to leave something when they hear their owner express the command. Here’s how you can train them:

The more you train their mind to “leave things” as they are, the quicker they learn. With that training, you won’t be asking the question, “Are Australian shepherds good with kids?” They’ll be fully trained to leave things when you say “leave it”.

Buy A Dog After Your Kids Turn A Certain Age

There is a certain age when kids should be introduced to dogs.

While younger children might not face too much of an issue dealing with them, you can’t say the same for toddlers and babies. Exposing the dog to children so young can go both ways.

With a hyperactive dog like the Australian shepherd, you could put your children in harm’s way. The opposite also holds true if you introduce a puppy Aussie to young children.

Not knowing how to respect the dog, they might end up bullying it, which can be a traumatic experience for the canine. It goes both ways.

If you fear that your children aren’t old enough to be exposed to a dog, then the ideal scenario would be to wait for some time.

Pros and Cons Of Owning An Australian Shepherd

Australian Shepherds are known to be loving and friendly dogs. Though they can get amped up due to their high-energy levels, it doesn’t mean they’re aggressive.

Australian Shepherds are good with kids, and when exercised and managed properly, they can prove wonderful companions. When we get our own dog, there is a huge level of responsibility that comes with that decision. Your dog relies on you to take care of their health and The Most Common Health Issues With Yorkies

If you have a cute little yorkie, you’re going to want to protect them from everything. Unfortunately, it’s less likely to be bears or bigger dogs that harm your yorkie, Yorkies are energetic and loving dogs that make great apartment dogs. Weighing no more than 7 lbs, these pint-sized pooches are feisty little companions. But for all their positives, they have a 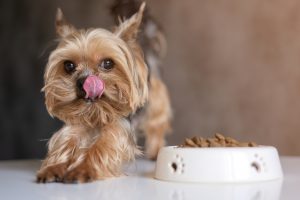 No, Yorkies don’t always come in a small size. In fact, they can vary in size quite a bit. Sure, even a bigger Yorkie is small for other dog breeds. 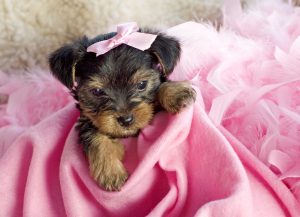 Here is a guide for owners of a female Yorkshire terrier that has just given birth to a litter of puppies. These tips will help you turn newly born puppies 7 Facts You Should Know Before Buying Yorkie Puppies

Dogs are angels that were sent to earth to make everyone smile. Hence, most people try to have at least one puppy in their house. They are loving and their