What this little 2-year-old dog taught this 85-year-old man.

I had a puppy who became 2 years old faster than I realized. He was a Yorkshire Terrier, a Yorkie, and he had a gusto for life that exceeded anything I had seen in my 85 years. Today I lost him. He got loose and tried to cross a busy highway, but was struck two times by cars that could not avoid him. My example and little treasure of how to live a life were gone.

Let me tell you a little about his gusto for life. Every day was an exciting adventure for him. He loved to run, jump and bark, and he did all three with abandon. He did not hold back. He also loved affection, and he gave it more than he got.

He licked our hands, our toes, and any other skin available whenever he could get close to us. He also would get next to us and roll over on his back so that we could rub his belly, or simply lie next to us with his head on a leg.

We also had a 9-year-old female Shih Tzu who had constant draining from her eyes. Jack, our two-year-old phenomenon, cleaned her eyes several times a day by licking away the drainage.

She had recently lost her lifetime companion, and Jack seemed to sense her loneliness and would get next to her often with his chin on her back.

He spent hours sitting at windows watching whatever was outside. He was intrigued by squirrels, how they could climb trees and he couldn’t. He had recently learned that birds have wings and he didn’t, so he soon ignored them – but not squirrels. Whenever he saw one, he would bark and try to run after it.

You should have seen him watching television. He soon learned the commercials that showed animals, and he could identify them by sound. Wherever in the house, he was, if he heard one of his commercials on television, he ran to the TV set, jumped at the screen, and barked at the animals. At first, he would run to the wall behind the TV set looking for the animals there.  He soon realized they were on the TV set and not behind it.

When we first got him, we made a bed for him in a wire, collapsible kennel, and put in his kennel a stuffed mama dog with a battery-operated heartbeat. He quickly learned the bed and kennel – and the mama dog – were his. At bedtime, we simply said it is “bedtime,” and he walked on his own into his kennel and settled down for the night.

He greeted every morning with sheer, unbounded joy. Upon getting out of his kennel he ran to find everybody in his family, his constant happy yapping at finding each of us and pawing our legs to get attention and touch. He was unable to be still or quiet until he communicated with each of us and explored his areas. He was happy, joyful, and jumping right into the new day.

He could speak at least 6 languages – from a loud bark to a variety of sounds that said “I want to go out,” or “I want attention,” or “I am hungry.” Or a squeak that often sounded like a bird that said “I don’t like this.” He also had a soft bark that said “I’m locked up and want out.” He even had a humming sound – almost like a purr – that said “I like this.”

He knew many more words than he could say, but he reacted to them whenever he heard them – and he often showed he knew what our spelling of a word meant. There was no question about his ability to communicate with us – both in his sending and his receiving messages, and he did it constantly, not just occasionally. We loved him, and he loved us and he always let us know we were his.

What are the lessons to this old man? So many! Love life! Live every minute of every day.  Run, jump and bark. And do it with abandon. Be happy! Don’t spend time looking for happiness from someone else or an environment; it comes from within. Show it! Show your love for those in your life, and be affectionate. Give and do it more than you receive.

With every breath be aware of everything within your seeing, hearing, smelling, or reach. Everything in that moment of life is relevant and important. It is a blessing for which to be thankful. It is a day, a moment, that God has made. Be glad and rejoice in it. Jack was God’s beautiful example of living every moment. Don’t waste any of them.

What a fundamental lesson from that little two-year-old dog to this 85-year-old man. His way of living brought so much joy to all those around him. If we follow his example, maybe we would do the same. All I can say is “Thank You, God! Help me live the lesson.”

What this little 2-year-old dog taught this 85-year-old man. Thoughts About Jack: A Man’s Memory on His Yorkies I had a puppy who became 2 years old faster than I Summers bring along suntans and afternoon walks in the park, but consequently, they bring the scorching heat and dehydration as well. This is especially a concern for owners, more specifically Know It All About Yorkie

Know everything about your tiny Yorkie friends, to keep them healthy and understanding their temperament. Know It All About Yorkie  The Yorkshire Terrier is one of the tiniest terrier breeds, 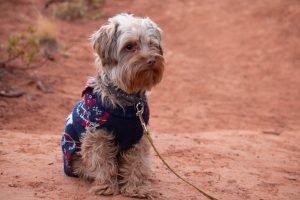 5 Tips for Starting Your Own Dog Daycare Business

Nearly 64 million American households own a dog today. The pet industry is booming and there’s been a rise in healthy pet foods and treats and high-value pet care services Brushing the Teeth of Your Yorkie

Any owner of a Yorkshire terrier knows how these dogs energetic are but unfortunately, they are prone to a lot of dental conditions. Brushing the Teeth of Your Yorkie This Yorkshire terriers suffer from the same oral and dental health problems as humans do. They are predisposed to such dental conditions as gingivitis, bad breath, and dental pain. Teeth Cleaning