Yorkshire terriers and other small breed dogs could experience respiratory problems. Small breeds usually suffer from tracheal collapse and reverse sneezing. It is difficult to distinguish between the two conditions because they have similar symptoms. Below are some indicators of respiratory problems in Yorkies.

The trachea is the windpipe of the body and tracheal collapse is when the inner diameter of the windpipe narrows. This is common in middle-aged smaller breed dogs, such as a Yorkshire terrier.

Some of the symptoms of tracheal collapse are:

Yorkshire terriers that are obese have symptoms that are more severe.

Tracheal collapse has more dangerous symptoms. These include skin and gums that become bluish in color because of the lack of oxygen. It is a dangerous condition. The dog might also faint due to the depletion of oxygen. There are some dogs who don’t show any symptoms of the condition.

Tracheal collapse must be treated right away!

This includes protecting the dog from triggers such as extremes of humidity, cold and heat temperatures, and cigarette smoke. You can also use a harness instead of a collar. If the dog is obese, you should reduce the food intake. These precautions can help decrease chronic airway injury as well as coughing that are linked to the respiratory problem. In severe cases, emergency surgery is needed. You should consult your vet right away if you find unusual symptoms.

Reverse Sneezing is a common condition among small breed dogs and doesn’t need to be treated. The dog might need to extend his neck and the chest will expand as the dog tries to take in air but it should not be considered an emergency condition. 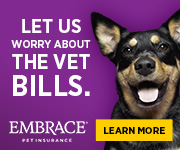